We are following the Government’s advice and guidance regarding Coronavirus. As part of Walsall Council we continue to closely monitor the situation and follow the Government’s recommendations regarding public buildings and events.

It is unfortunate that some events have been cancelled. However, some have now been re-scheduled for next year and we hope you will be able to join us for the new show dates. These are now showing on our What’s On page. We will also be updating our social media with any new information as soon as we get it.

Ticket refunds/transfers will be processed when the Centre is re-opened.

Thank you for your support and understanding during these unprecedented times and we hope to see you in the not too distant future.

We are pleased to announce from September our meeting spaces will be available to hire.

There will be some changes to our usual arrangements as we follow Government's advice and guidance to ensure the safety of our visitors and staff. 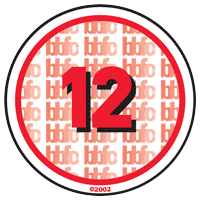 She has just about given up on her dream to make it big as a singer... until Jack coaxes her into the spotlight. But even as Ally's career takes off, the personal side of their relationship is breaking down, as Jack fights an ongoing battle with his own internal demons.